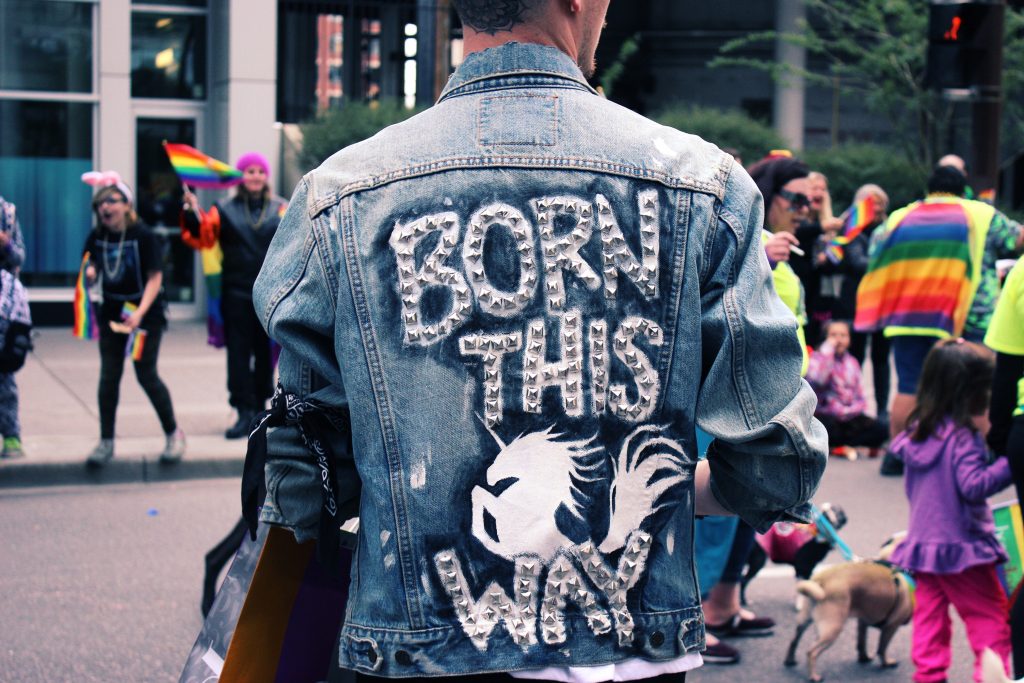 Pride Month hits June every year alongside an abundance of rainbow-themed campaigns and products. A wave of corporations change their profile pictures, release limited edition products and get involved in the cause.

But what do the LGBTQ* communities think of Pride Marketing: does it seem like companies are just jumping on board for profit? Or does this form of marketing reflect a new age of woke core values in businesses?

Statistics suggest that many as two-thirds of consumers worldwide buy products based on social and political beliefs. It’s important when you’re creating a campaign based on values that you can back them up.

With so many campaigns out there, we’ll look at a well-known product to everyone. We all use supermarkets, if it’s online or in store. So, let’s see how supermarkets are getting involved in Pride Month.

This year Marks and Spencer released the LGBT sandwich, a play on the traditional BLT sandwich with added guac. Alongside the campaign, M&S are donating £11,000 to two LGBTQ* charities.

shame on the good folks over at @marksandspencer for turning our culture and identity into a sandwich. making an absolute mockery of lgbtq people #lgbtq #lgbt #queer #pride pic.twitter.com/PA7Q1nrXfG

They only need to sell less than 4000 of them to recoup the donations made.
Plus I’m vegetarian, please don’t make me eat the pride sandwich

The sandwich is a universal product, located in a main position in the store and appeals to a range of demographics. Analysing this, using a sandwich means that a big selection of people will view, pick up and hopefully buy this product.

shame on the good folks over at @marksandspencer for turning our culture and identity into a sandwich. making an absolute mockery of lgbtq people #lgbtq #lgbt #queer #pride pic.twitter.com/PA7Q1nrXfG

The aim of pride is to educate people about the LGBTQ* community, therefore the more people who see it more people know about it. However, the product has also come under scrutiny because it’s not vegetarian or vegan friendly. Other arguments have suggested that choosing a simple sandwich doesn’t reflect the complexity of LGBTQ* issues.

Over the years the company has supported and raised money for Pride through several schemes selling Pride products and volunteer bag packing. Altogether, Tesco has raised over £150,000 for local LGBTQ* communities and Pride.

It’s Pride Month! Tesco Bank Marketing Director, Nigel Hunt, talks about the importance of diversity and inclusion in the workplace, and what Pride means to him. #PrideAtTesco https://t.co/HVACkchmyK pic.twitter.com/qjLELXM1pi

In the past the company has donated lunches to volunteers who work Pride events and provided free bottles of water for pride-goers. The image that Tesco is portraying during Pride Month is they are givers– their actions aren’t directly tied to profit, quite the opposite.

In previous years, Sainsbury’s has sponsored Pride parades, and this set them up with big boots to fill. However, this year Sainsbury’s launched the first supermarket range of Pride greeting cards in 207 of their 1,400 stores.

Although the inclusive cards are positive, the issue comes from the past. In the past, Sainsbury’s has promoted pride and sponsored events. This year the greeting cards don’t donate anything to LGBTQ* communities.

Alongside the greeting cards, Sainbury’s has hung banners outside of their stores supporting the LGBTQ* community, but without donation to the cause this could seem like an empty statement.

When you’re creating a marketing campaign based on a social or political issue, it’s important that these values are reflected in your actions. Donating to charities associated or giving something back to the community will instil consumer confidence.

Whilst Tesco donates a significant amount during Pride Month, there is no direct profit from their products – the return will come from consumer alliance because of this. Whereas Sainsbury’s may distant customers by appearing to support the community but taking the profit for themselves.