It’s been a while since our last ‘On the Podium’ blog post, so we thought we’d kick it all off again with an office update, and fill you in on all the exciting new changes at Podium HQ!

Steve was feeling a bit lonely in our old desk layout, so we had a shake up and now the office is much more sociable! 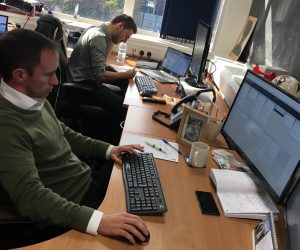 This gets second place purely because it made Steve LinkedIn-Famous.

We knew this one was off to a bad start when they literally GOT THE COMPANY NAME WRONG on the envelope, so imagine our surprise when we opened it and found a job application inside. That’s not the worst of it though, we actually had to pay £1.50 to receive this as they hadn’t put a big enough stamp on the envelope! Oddly enough, they didn’t get the job. 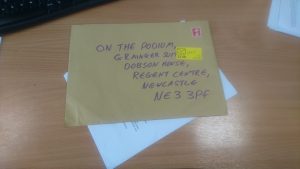 We have a furry new team member in the office. Her official title was supposed to be ‘Office Security’, but she’s so bad at that we’ve had to change it to ‘Meet and Greet Consultant’ instead. She spends most of her day snuggled up asleep, but is always there for a cuddle when you need a break from the computer! Unless you’re Tom that is. 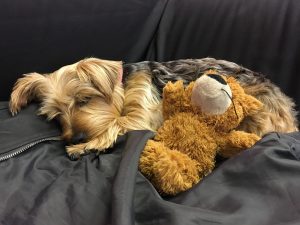 Anyone who follows Steve’s updates on LinkedIn may have seen the horrendous attempt Andy made at making a round of tea this week. Not only were the cups half full (or half empty?), but the tea was a suspicious, grey sort of colour. Everyone ‘politely’ declined the next round he offered. 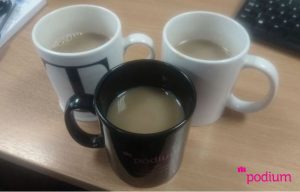 Contact us today if you fancy popping in for a chat about digital marketing, and we’ll make sure Andy doesn’t make the tea!