Five team members from the Podium office needed to be in Newcastle city centre for an important lunchtime SEO meeting*.

We’re a competitive bunch, so this seemed like the perfect opportunity for a race: who could get from Gosforth to Newcastle in the shortest amount of time? 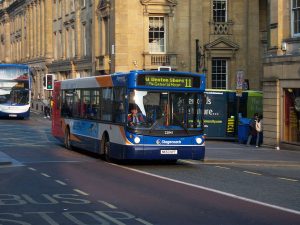 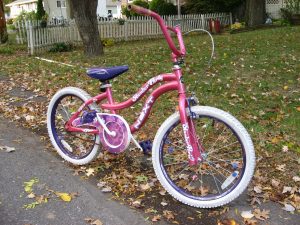 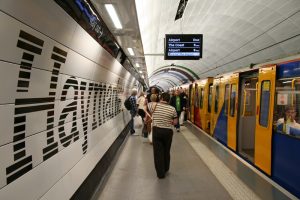 Sadly, it was nowhere near as close as we had hoped. Despite Matt appearing to be in no hurry whatsoever, he arrived at our important meeting venue first and had barely broken sweat. Tom came second on the bus, leaving Elizabeth, Emma and Steve arriving late for the meeting.

None whatsoever: the bike was quicker here, because the Great North Road is nice and straight and has lovely cycle lanes. The three metro pass holders live well over ten miles from the office and there’s no way they’re cycling that every day. Tom doesn’t live near a Metro station and has some huge hills between his house and the office.

* We were going to KFC. Sshhhh!